Charleston police are looking for Michael Ormond Jarvis. A warrant has been issued for him in reference to a June 14th burglary of a residence on Pinckney Park Drive. We hate a thief. 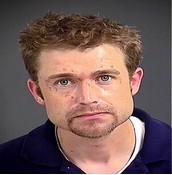 Based on his criminal history it appears Jarvis has a bit of a drug problem.

In October 2011 Jarvis was charged in Berkeley County with Possession of Meth. The 9th Circuit Solicitor dismissed the charge. T/his was done in spite of the fact that Jarvis had a pending charge from September 2011 in Dorchester County.

When Jarvis was arrested in Berkeley County he was free on bond in Dorchester County on September 2011 charge of  Possession of Drug Paraphernalia. Normal folks would call these two arrests a “clue” that Jarvis was headed down a questionable path. Not the 9th Circuit Solicitor. Jarvis was found guilty of the paraphernalia charge and sentenced to a fine or jail time by Judge David Whittington. He failed to pay the fine and a bench warrant was served for the jail time.

In February of 2012 Jarvis was charged in Charleston County with Possession of a Controlled Substance. This charge was dismissed by the 9th Circuit Solicitor in January of 2014 “with leave to restore”.  This was done in spite of Jarvis being arrested again in 2013 on a drug charge. The 9th Circuit Solicitor apparently did not want to revive this charge after that arrest.

In May of 2013 Jarvis was charged again with Possession of a Controlled Substance. He plead guilty to this charge is May of 2015 and was sentenced by Judge Alison Renee Lee to 25 days time served.

The jail record for this arrest indicates Jarvis was charged with Prescription Fraud.

You know what to do if you see this drug addled thief.

In other news Jermaine Eric Young was taken into custody on Tuesday after a brief stand-off with police on Calvert Street. Young was wanted for the July 17th murder of Tyrie Grant on North Murray. In addition to current charges of Murder and Possession of a Firearm During a Violent Crime, Jermaine Young faces a charge of Probation Violation.

Young was also charged with Murder in 2002. That charge was dismissed by the 9th Circuit Solicitor with the notation “insufficient evidence”. A witness who identified several other participants in the murder, including Young’s father, apparently misidentified Young.

In 2003 Young was charged with Distribution of Crack Cocaine. That charge was reduced to Possession of Crack by the 9th Circuit Solicitor. Judge Thomas “Felon’s Friend” Hughston sentenced Young to 1 year of probation.

Young was also charged with PWID Crack Near a School which, of course, was dismissed by the 9th Circuit Solicitor.

His guilty plea to a charge of Assault on Police While Resisting Arrest resulted in a concurrent term of probation from the Felon’s Friend.

The charge of 3rd Offense Criminal Domestic Violence resulted in a sentence of 30 days time served. 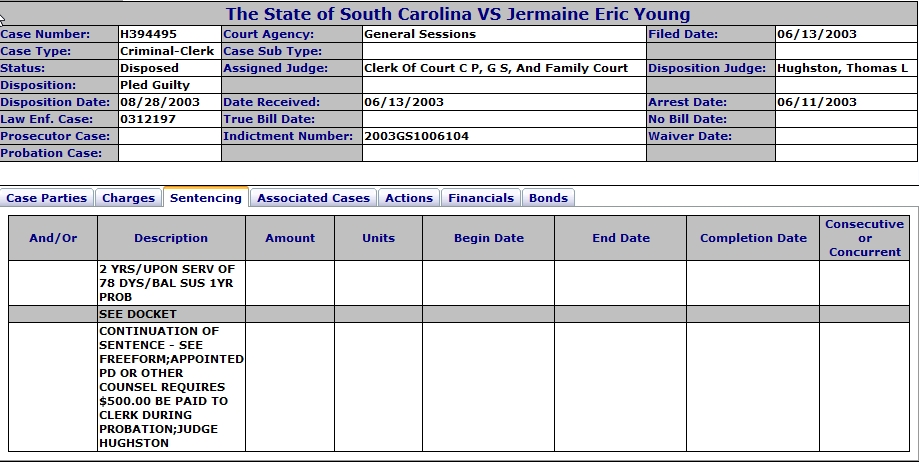 Young was charged with violating probation in April of 2004.

Assault on Police While Resisting Arrest - Plead guilty. Sentenced to 9 years, suspended after 18 months to 4 years of probation.

As you can see, our racist criminal justice system has been extremely unfair to this violent serial offender, repeatedly making him live his life with the inconvenience of reporting to an overworked probation officer when he feels like it.

Leroy Manigault, Jr. was charged with shooting two people in West Ashley this past weekend. He was arrested by an alert officer and charged with two counts of Attempted Murder. Judge James “Rainbows and Unicorns” Gosnell set a respectable bond of $100,000 on each charge. Manigault bonded out of jail on July 28th. Drug dealers sure are touchy, aren’t they?

Manigault is another example of just how racist our criminal justice system is.

PWID Crack Cocaine - Reduced to a simple possession charge by the 9th Circuit Solicitor and sent to the court of Judge James “Rainbows and Unicorns” Gosnell who sentenced Manigault to a $25.00 fine.

Unlawful Carrying of a Pistol - Sent to the court of Magistrate Priscilla Baldwin who sentenced Manigault to a $300 fine.

Possession of a Stolen Pistol - Dismissed by the 9th Circuit Solicitor in exchange for the guilty plea in magistrate’s court.

Damned racist system! Dismissing and reducing all those charges and not giving the black man a chance to defend himself and clear his name in court.

Damon Tremaine Alston has been arrested for the July 20th murder of Benjamin Wagner in a Dorchester County neighborhood off of Ashley Phosphate Road.  Alston is black and Wagner was white, but no one seems to be upset about that.

Alston has quite a history in Charleston County. Just another example of a racist criminal justice system that throws black males in prison with gusto. What’s that? He hasn’t done any prison time? Go figure.

Unlawful Possession of a Pistol by a Minor - Dismissed by the 9th Circuit Solicitor.

Distribution of Cocaine - Plead guilty. Sentenced by Judge R. Markley Dennis to 10 years, suspended in favor of 4 years of probation. The fact Alston was already on probation when he committed these offenses didn’t seem to matter much.

Distribution of Cocaine Near a School - Dismissed by the 9th Circuit Solicitor.

Distribution of Crack Cocaine - Reduced by the 9th Circuit Solicitor to 2nd Offense Possession of Crack. Sentenced by Judge Deadra Jefferson to 5 years, suspended in favor of 5 years probation.

PWID Cocaine Near a School - Dismissed by the 9th Circuit Solicitor.

PWID Crack Cocaine - Dismissed at preliminary hearing by Judge James “Rainbows and Unicorns” Gosnell because the officer did not appear to testify.

Possession of Crack Cocaine 1st Offense - Proper charge should have been 3rd offense, but no matter. The 9th Circuit Solicitor dismissed it two months later.

Are you folks beginning to see how racist our system is? You should be outraged at the injustice.

In Berkeley County Jamez Deondre Kelly, aka “Grimey Mezzo DaHotboi“, has been charged with three counts of Attempted Murder, three counts of Possession of a Weapon During a Violent Crime and one count of Criminal Conspiracy in a weekend shooting in Moncks Corner. Three people were wounded in the drive-by shooting on Mitton Road. Kelly was rounded up on Otranto Road in North Charleston. Kelly also has a hold for an outstanding warrant for Armed Robbery in North Charleston. Based on his social media presence Kelly is a member of the 40 Boiz gang. 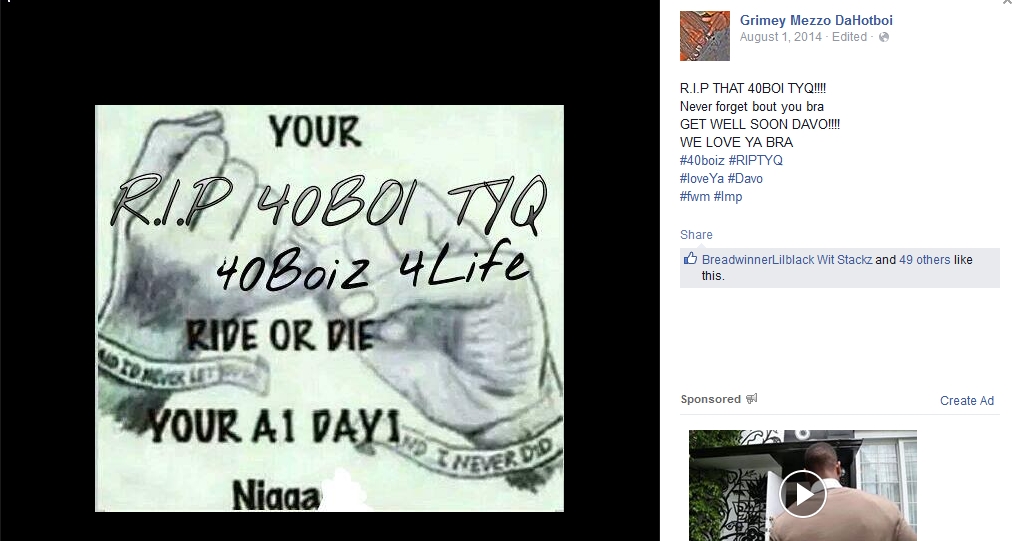 In the post above Kelly gives a shout out to fellow 40 Bois gang members Tyquan President, who was 15 when he was gunned down by rival gang members in April 2014, and Davin Aiken, who was shot to hell by member of the Young Gunnas gang at Northwoods Mall in July of 2014.

Kelly was arrested in Berkeley County on March 27th on two counts of Disorderly Conduct and one count of Assault & Battery 3rd Degree. He was released on personal recognizance bonds on those charges.

With those charges pending Kelly was arrested on June 14th on a charge of Evading Arrest. He was released on a personal recognizance bond on June 15th. On July 1st he plead guilty and was sentenced to the few hours he had spent in jail. Kelly was also charged with Unlawful Possession of a Pistol. That charge is still pending and he was released on another personal recognizance bond.

Kelly was arrested on July 5th by NCPD on a charge of Tampering with an Automobile. He was released on a $200 bond. That charge is pending.

We have been watching Kelly for a while due to his ties to the 40 Boiz gang. His former Thugbook handle was “Jamez DaHotboi Kelly”.  The post below was captured on November 23rd. It was posted November 22nd. Apparently some law enforcement officer pulled Kelly over while he had his gun on his lap. Of course, if things had gone bad and Kelly was shot we would be cries of racism. Kelly mentions he would have fled on foot if the officer got nosy and wanted to search his car.

Wonder if he is still carrying the same firearm shown in this photo or if it is the one he was busted with in June. 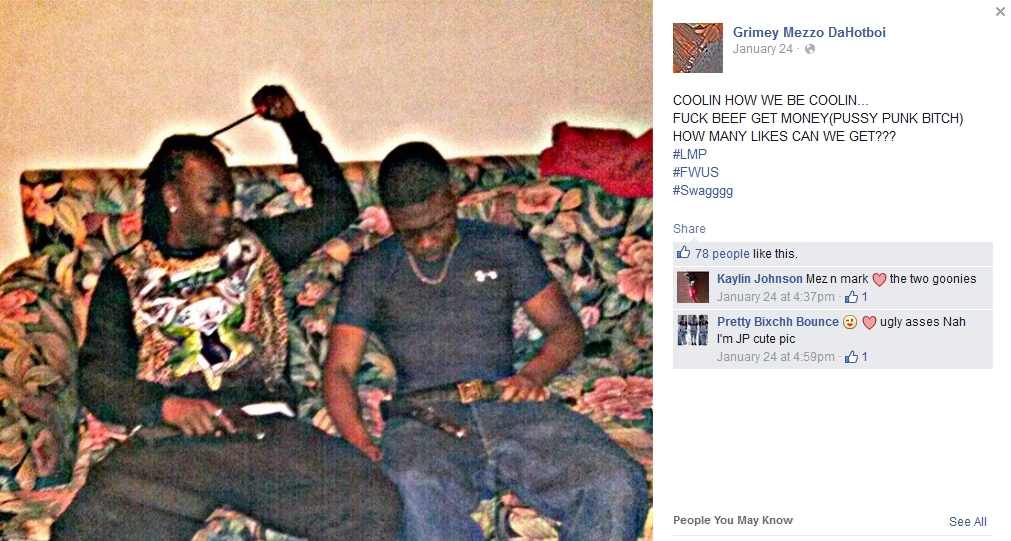 We are sure our racist criminal justice system will end up treating Jamez Kelly as badly is it has treated the other four shooters profiled in this post.