Categories Navigation Menu
Home » About Us 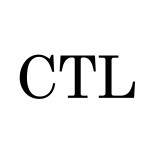 Charleston Thug Life began as a way to expose the criminal underbelly of the Lowcountry and counter the bias and lack of full reporting by the local media.

As we carried out the research necessary to achieve those goals we also found serious problems in the criminal justice system. We discovered elected prosecutors dismissing an inordinate amount of charges and offering questionable plea deals to repeat offenders, many of whom have violent criminal histories and gang ties. 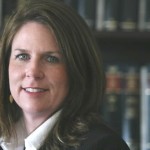 We found appointed bond judges issuing ridiculous bonds to those same repeat offenders and appointed circuit court judges refusing to send them to jail, instead issuing repeated sentences of probation even though probation obviously did not work for that offender in the past. Add to all of that the bias of local media against police (who, by the way, seem to be the only ones in the system doing their jobs) and you can see why the Lowcountry was in need of somewhere to go to find the facts about what is happening in their neighborhoods.

In 2013 we decided to start another venture that we will be releasing to the public sometime before the end of the year.  Currently, we are building information resources and adding to our author base.  Stay tuned for more information.

We have been talked about in several news publications.  You can view those below.