At about 8 p.m. Tuesday night 21 year old Benjamin George Wagner, a white male, was found deceased in the drivers seat of a vehicle on Benedict Court in unincorporated Dorchester County. Wagner had been shot by a group of black males who then fled the scene. The black males were observed running across Ashley Phosphate Road to the Dorchester Manor neighborhood. Responding deputies report seeing one of the suspects running across Ashley Phosphate but chose not to stop him because “a person was injured and no officers were on-scene”. That makes sense. More likely they “chose” not to stop that suspect who fit the description because stopping black suspects is so not politically correct right now and might cost someone their job, particularly if that suspect puts up a fight and a law enforcement officer has to respond in kind and ends up hurting the maggot.

Based on the recent past we wouldn’t be surprised if members of the previously mentioned “Phatebois” gang were involved in this murder, too. Members of that gang did shoot a guy in the head last month during a robbery in the same area.

An interesting side note here is the reporting of this incident by the media. Had the races in this incident been reversed we would be getting news flashes every five minutes about the gang of white guys who murdered a black dude. As it is, all news outlets reporting this story have failed to mention Wagner was white.

At least two were shot in Walterboro and the Berkeley County Sheriff’s Office is investigating a shooting related death which occurred Tuesday night on Frank James Road in Ladson.

17 year old Macon Lincoln was charged with gunning down 18 year old Keith Graham, Jr. in an elevator at the Econo Lodge in Summerville. According to reports there was some sort of party there and Lincoln got into a fight with several people, including Graham’s sister. Lincoln is charged with Murder and Possession of a Firearm During a Violent Crime. He was caught on surveillance video with the weapon in his hand. It seems Macon Lincoln, aka “WynBoi Snatchaa” claims the Summatown crew as his gang. 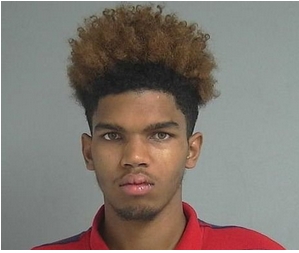 Early Friday morning there was a shooting on Clifton Street. We mentioned it in another article, but didn’t have any details. Now we can tell you the victim in that shooting was CTL alumni Lavorieo Gathers. We wrote about Gathers in the same article we wrote about the now deceased Tyrie Grant (another murder from this past weekend). Gathers has quite a violent criminal history you can read about at the first link. 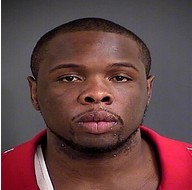 And those are just the shooting incidents the media chose to report.

SLED is digging into yet another murder at Leiber Correctional Institution. Inmate Dusuan Brown was stabbed to death last week. SLED does not have a very good record when it comes to solving those prison murders.

Black lives matter, right? Looks like someone forgot to give that message to all these shooters running around town.