As of 8 a.m. Friday authorities in the North Area were working a murder on N. Murray and a shooting on Clifton Street. The person shot and killed on N. Murray was identified by the media as Tyric Grant. As usual, they got it wrong. The actual name of the dead guy is Tyrie (aka Tyree) Grant. We wrote about Grant in June of 2014 and detailed his criminal history there. That history included charges of murder, ABWIK and multiple gun charges - all ultimately dismissed by the 9th Circuit Solicitor. When we wrote our last article about him, Grant had eight drug distribution related charges pending. In spite of his extensive criminal history, the 9th Circuit Solicitor dismissed six of those charges in June of 2014, then reduced the two crack distribution charges to possession of crack. Grant was given two years of probation by Judge Roger Young despite the repeated probation violations on his record.

Police are looking for Jermaine Eric Young for the murder of Grant. This isn’t Young’s first time being charged with murder. He also has a history of domestic violence, drug charges, and assaulting police. 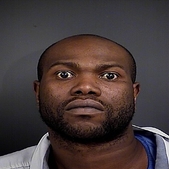 Strangely enough, we are told the family of serial offender Tyrie Grant are upset with the police for not protecting him. It is always interesting to see the “leave us alone you racist pigs” mantra change to “why you didn’t protect us” when the shit hits the fan.

Another shooting occurred at the same complex on Saturday. That location is the Chatham Place Apartments. A black male was shot in the foot by another black male who fled in a black Toyota Corolla.

We haven’t seen any media reports on the Clifton Street shooting so we have to assume everyone survived.

Another murder occurred at about 3 a.m. Saturday morning at a home on Irving Avenue in the Union Heights neighborhood of North Charleston. 18 year old Traquan Singleton was found dead in the home. His cousin, a well known drug trafficker by the name of Omar Gentile, was found on the front porch. He had been shot four times. Singleton had one prior conviction for Possession of Crack. The 9th Circuit Solicitor reduced his initial charge of PWID Crack. Singleton was given one year of probation. Evidence on Singleton’s social media indicates an affiliation/membership in a local gang known as the Young Goonz.

Omar Gentile started out in the 1990’s as a thief. He then moved into drug distribution with multiple arrests for distribution of cocaine and crack. Gentile is currently free on a combined bond of $75,000 on charges of Trafficking Heroin and PWID Heroin Near a School. Those charges are still pending from 2012. Gentile was released after his bond was lowered by Judge James “Rainbows and Unicorns” Gosnell. An examination of Gentile’s criminal history shows many of his prior charges were either dismissed or reduced by the 9th Circuit Solicitor, including his prior trafficking charges. In other words, Gentile should have been in prison instead of getting shot on Irving Avenue. Anyone want to hazard a guess as to what this home invasion murder was all about?

Those Confederate flags sure have gone on the offensive, jumping on black people and making them shoot and murder other black people. Tragic, huh? You should remember, however, that “black lives mater”, Tater.

A bit of older news here, but the important thing about this one is when it happened. Steven Buie was arrested on July 9th and charged with Attempted Murder and Possession of a Firearm During a Violent Crime for shooting someone on Florida Avenue in the Chicora-Cherokee neighborhood of North Charleston. Buie was busy was trying to kill someone on June 26th while the President was singing and blaming white people, flags and guns at the funeral of Sen. Pinckney.

We all know black lives matter, which is probably why the local media chose to ignore this story.

We are told there was a near riot at the scene because neighborhood denizens immediately assumed the victim was shot by police and they came crawling out of the woodwork. Once they realized the black victim was shot by a black thug they dispersed, because black lives only matter when black thugs are taken down by police.

On July 16th a Muslim terrorist shot up two military complexes and killed four U.S. Marines in Chattanooga, TN. The killer was put down by officers from the Chattanooga P.D. One officer was wounded. The one thing missing from this entire situation is any sort of reaction from the President. Where is the indignation he displayed over the deaths of thugs like Michael Brown and Trayvon Martin? We can’t help but wonder how many administration representatives will attend the funerals of those four Marines. Unfortunately, the President is sympathetic to Muslim causes and violence due to his upbringing in the Muslim faith in Indonesia. The fact that twelve Muslims, some with ties to the Muslim brotherhood, are employed in the White House by this administration tells us all we need to know about this President.

Citizen researchers have been a doing a great job of exposing Muhammad Youssef Abdulazeez. He is of Jordanian descent, but is said to have been in Kuwait in 1990 - the same year the United States drove Saddam Hussein out of Kuwait after his ill-advised invasion of that country. Three days before he went on his killing spree Abdulazeez put up a couple of posts to his newly created blog. This terrorist apparently grew up in Chattanooga and benefited from the many freedoms and advantages offered by the country he came to hate.

The father of AbdulAzeez, “Youssuf Abdulazeez“, works for the water authority out there in Chattanooga and was once on the terrorist watch list. The father claims to be from Palestine on his FB page. The social media feeds of his mother and one of his sisters were deleted shortly after two women were removed from the family home in handcuffs as authorities served a search warrant there. We captured several posts from the page of another of the sisters. Those posts were a bit radical. The family seems to support the Palestinian attacks on Isreal.

We thought the reference to Nazis in this post was interesting, given the fact that the Muslim world threw in with and supported Hitler and his goal to eradicate the Jewish population.

Now that the United States is starting to experience the benefits of our lax immigration policies it won’t be long before Dalia gets upset with us, too. Great Britain, France, and a number of other European countries have all realized the errors of admitting until numbers of Muslims who want to destroy Western society and culture and take the world back to the stone age. Unfortunately, they are too politically correct to actually do anything about it.

Oh, look, the killer’s sister already has issues with the United States. Maybe she should head back to her stone age country of origin, then.

We love these memes. Start a conflict by kidnapping or killing Israeli citizens, then bitch and moan when the consequences come down. 73 to 2,251? That’s pretty damn good!

Over the weekend we saw the media go into their usual Muslim sympathy mode. The latest angle they are pitching is that the killer wasn’t a radical Islamist at all, he was just “depressed”.

How typical of the media. A deranged white socialist burns the American flag, holds a Confederate flag and then kills nine innocent black people and all white Southerners are suddenly racists and their history and culture must be repressed and erased for the good of the black folks. When a Muslim immigrant kills five members of our military on our own soil he is nothing more than a poor, depressed lone gunman and we shouldn’t bother to look at the culture or religion that spawned him. Gotta love those liberals.

Carry those guns, folks. It only gets worse from here.