Thug on thug violence seems to be on the increase lately. We reported earlier today on Samuel Coardes achieving Dead Right There status at the hands of a fellow thug. There was another violent encounter between thugs in North Charleston at about 1:30 Saturday morning. This shooting is said to have occurred at the El Cheapo gas station on Dorchester Road at I-26. In fact, one of our readers even found a photo on their social media news feed this morning and forwarded it to us. Gotta love those crime scene tourists. 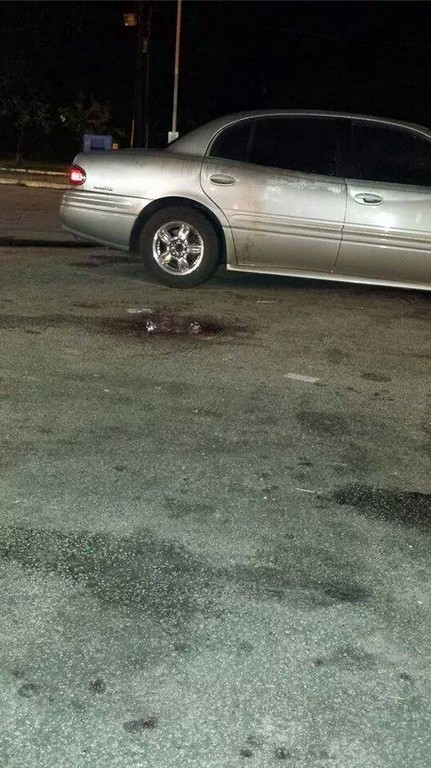 NCPD has Bobby Eugene Warthaw, Jr. in custody for the shooting of convicted cocaine dealer Randy Antonio Grant. Warthaw uses a variety of addresses, Cosmopolitan Avenue in Union Heights, Dowling Street off of Bonds Avenue near Azalea Drive, and most recently an address on W. Montague Avenue. 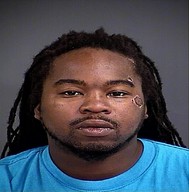 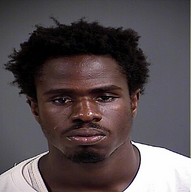 Would any of you readers be shocked to discover each of these individuals is on ‘intensive” or “high supervision” probation or parole? Nah, we didn’t think so.

We profiled Warthaw back in May of 2012 when he was wanted for knocking over a two year old while beating the kid’s pregnant mother. You can review that post to see Warthaw’s extensive criminal history from 2005 through January of 2012. That post doesn’t include his charges in Berkeley or Dorchester counties during that time. Back then we were only checking Charleston County. His charges after January 2012 are listed below.

Unlawful Carrying of a Pistol and Unlawful Possession of a Pistol - Both dismissed by the 9th Circuit Solicitor, with the notation “No police report”. Really? Since we like to be thorough we reached out to a senior person at NCPD and asked about that. We were told there was no way in hell that could happen. When officers make an arrest for a general sessions court offense they have to include the incident report in a packet known as a “bond folder” or “GSC case file”. In addition to the incident report items like the booking report, the warrant/warrant affidavit, evidence reports, a separate summary of the incident, criminal history and other pertinent documents are included. If a document is missing the file doesn’t get past the officer’s immediate supervisor until it is complete. Then it has to go through the person assigned to do bond hearings, then through a secretary assigned to copy the entire file, make sure it’s correct, and send it to the solicitor.  So, no, we aren’t buying that excuse.

Possession of Crack Cocaine - Dismissed by the 9th Circuit Solicitor with the notation “lack of evidence”. Maybe the SLED lab results came back negative.

Possession of Burglary Tools - Dismissed by the 9th Circuit Solicitor.

Attempted Armed Robbery - Dismissed by the 9th Circuit Solicitor with the notation, “victim dropped, defendant not the perpetrator”. Hmmm……wonder what changed the victim’s mind on that identification?

Possession of a Weapon During a Violent Crime - Dismissed. See above.

Now Warthaw is charged with Attempted Murder and Possession of a Firearm During a Violent Crime. No bond was set on the attempted murder charge. A $100,000 bond was set on the weapon charge. These offenses were committed while he was on “intensive” probation.

Warthaw’s “vicim”, Randy Antonio Grant, is far from being an “innocent” victim. Let’s review his history.

Two (2) counts of PWID Crack Cocaine - Reduced to PWID Cocaine by the 9th Circuit Solicitor. Sentenced by Judge R. Markley Dennis to a YOA term not to exceed 6 years on each, concurrent, of course.

Distribution of Crack Near a Park - Dismissed by the 9th Circuit Solicitor.

Possession of Cocaine - Dismissed by the 9th Circuit Solicitor.

Once again, these charges appear to be entered in reverse, because, really, how many times have we seen the 9th Circuit Solicitor actually upgrade charges? Yeah, zero.

Three (3) counts of PWID Crack - Reduced to Possession of Crack by the 9th Circuit Solicitor. Sentenced by Judge Thomas “Felon’s Friend” Hughston to 5 years on each count, concurrent.

Three (3) counts of Distribution of Crack Near a School - Dismissed by the 9th Circuit Solicitor. 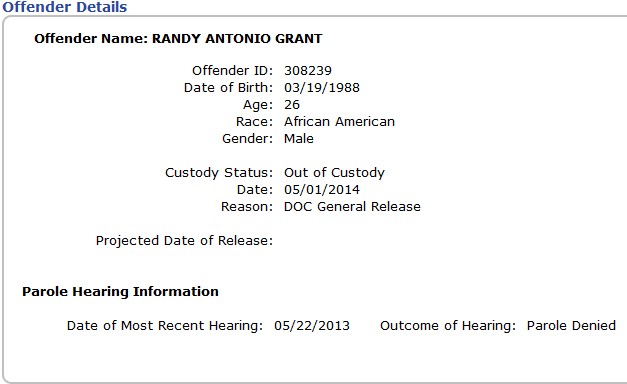 So, here we have repeat offenders, on intensive probation, out on bond or recently released from prison, shooting up the neighborhood and one another. By the way, if you couldn’t tell, both are black males. The NAACP is studiously avoiding any news of this incident.