Now They Show Up

Now that Albert R. Taylor has been captured and charged with 16 counts of 1st Degree Sexual Exploitation of a Child the local news media are all over the story. You have to wonder where they were last week when the rest of us were publicizing the manhunt for Taylor who was hiding in the woods in the area of Ashley Phosphate Road and Dorchester Road. You have to wonder how even the dull investigative nails that are the local media completely missed the social media campaign you folks mounted to get him in custody. 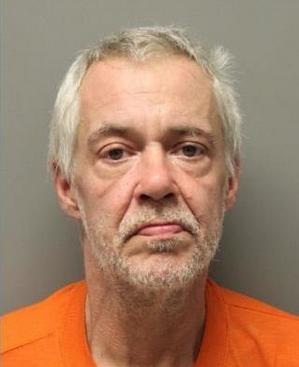 We happened to be in that area while the manhunt was going on and saw all the DCSO deputies and NCPD officers. Great job getting this maggot in custody, considering his history of resisting arrest with a deadly weapon and the fact he had a .45 caliber handgun at his side when the officers nabbed him.

Based on what our fellow citizens have told us, Taylor once worked at a storage facility on Ashley Phosphate Road. Apparently he left some items behind when he bailed on that job. Those items included some flash drives with pictures of children engaged in various sex acts. One citizen has advised us one of the files was a video of Taylor himself sexually assaulting a toddler.

Once we get into Taylor’s criminal history you will be left wondering how a convicted thief and burglar could get a job at a storage facility where people leave their possessions.

Unlawful Sale/Delivery of a Pistol - Plead guilty. Sentenced by Judge Victor Rawl to 10 years, suspended in favor of 5 years probation, concurrent with the above, of course.

PWID Crack Near a School - Dismissed.

Possession of Crack - Plead guilty. Sentenced by Judge William Ballenger to 5 years and a $5,000 fine, suspended on time served and 5 more years of probation. Nice job, judge. That’s sarcasm for those of you who might not get it.

1st Degree Burglary - Dismissed. Even in the ’90’s the 9th Circuit sucked.

Probation Violation - No status given.

We are told the ABHAN, Escape and at least Grand Larceny Motor Vehicle resulted from Taylor stealing a detective’s vehicle, attempting to run him down and fleeing. He was on the run for about a week before he was captured.

All of these charges were dismissed because Taylor was indicted in the federal system for two charges of Felon in Possession of a Firearm. He was convicted of those two charges and sentenced to 15 years in federal prison.

Unlike the state prison system and the bullshit sentencing reform and the lie of “truth in sentencing” passed by your legislators to empty South Carolina prisons, 15 years in the federal system means 15 years. Taylor was sentenced in 1994 and released in May of 2009. His sentence called for him to be on federal probation for another 5 years - until May of 2015.

Failure to Stop for Blue Light and Unlawful Carrying of a Pistol - also dismissed due to the federal sentence.