Dorchester County authorities are on the lookout for Chazz Brown, most recently of 109 Mary Ann Drive in Summerville. He is wanted in the March 2nd murder of Lance Laprince Grayson. 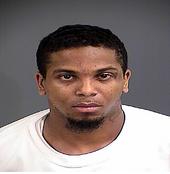 Brown already had quite the history when he shot Grayson.

Three (3) counts of PWID Narcotics - Plead guilty. Sentenced by Judge Diane Goodstein to a YOA term not to exceed 5 years, suspended in favor of 3 years of probation on each charge. That probation was later reduced to time served. That will teach him!

PWID Crack Near a Schoool - Dismissed by the 1st Circuit Solicitor.

Accessory After the Fact of a Felony - Dismissed by the 1st Circuit Solicitor.

This case had to do with a guy getting robbed and stabbed.

Criminal Domestic Violence of a High & Aggravated Nature - Changed to Pointing & Presenting a Firearm by the 1st Circuit Solicitor. Sentenced by Judge Kristi Harrington to 5 years, suspended in favor of 4 years probation. Because probation has been such an effective deterrent for Brown. Yeah, right.

As usual, Brown was on probation at the time of the murder of Grayson. He was given the designation of “high supervision”. However, we have been informed by folks at SCDPPPS that designation is just something a fancy, costly computer program spits out and really has nothing to do with the actual operational considerations of supervising any particular probationer or parolee.

That designation is just supposed to make you feel good when you read it.