For the past two or three days we have been treated to allegations of racists burning black churches across the south by local and national media. Their efforts to associate burned churches with racism fall short when the facts are analyzed. First, some of the media has told the public all of the churches were AME churches. Not true. Some of the media are actually reporting the truth that ATF and FBI investigators have found no evidence of hate crimes in any of the cases. The rest want you to believe black churches are being burned across the South in reference to the Charleston murders and the flag issue. As if that made any sense at all.

Mount Zion AME - Greeleyville, SC - burned due to a lightning strike. The media couldn’t wait to link this fire to the shooting in Charleston and report this church was previously burned by two KKK members in 1995. They know you folks probably won’t bother to do the research to find out the truth.

College Hill Seventh Day Adventist - Knoxville, TN - The church did not burn. A pile of debris outside was set on fire and a van was burned in the parking lot. Investigators are calling it vandalism, not a hate crime. Vandalism is usually the result of the actions of neighborhood arsonists.

God’s Power Church of Christ - Macon, GA - Fire deliberately set, but investigators say there is no evidence of a hate crime. The church had been burglarized recently and the sound system was stolen.

Briar Creek Road Baptist Church - Determined to be arson. No evidence of a hate crime, according to the FBI.

Glover Grove Baptist Church - Warrenville, SC - Cause of the fire is still undetermined and probably won’t be due to inconclusive evidence. “Investigators have found no evidence of criminal intent.”

Of course, insurance fraud is never considered when a black church burns.

A group of racists flying the black liberation flag and calling white folks “crackers” were protesting near the SC Statehouse a few days ago. They were walking into traffic and taunting motorists when one confronted them. That motorist, a white guy, was arrested and charged with disorderly conduct after a fight broke out. Actually, it was more of a gang attack. The initial video of the incident was unclear as to who threw the first punch. A subsequent video shows the protestors attacked first. The media won’t show you that video. Local police arrested the white guy because it is now politically incorrect to arrest black folks.

Racists protesting what they deem to be racist by attacking others. Nothing new there.

In crime news it seemed our local violent criminal element was in a stand-down phase after the murder of nine innocents in a church. That did not last long. Before the last victim was buried authorities located the body of Gerrod Theopolus Metoyer at the intersection of Ashley Phosphate Road and Dorchester Manor Boulevard. Metoyer’s body was found at about 3:30 Tuesday morning. He had been shot in the back of the head. Metoyer’s criminal history consists mainly of things like failure to stop for blue lights and habitual traffic offender felonies. At the time he was killed Metoyer was free on bond for a Charleston County charge of Forgery from January.

We doubt the murder/s of Gerrod Metoyer were flying a Confederate flag. 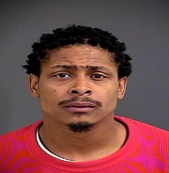 It looks like things are getting back to normal, huh?

We have been told that Matthew Joseph Granger has been charged with Trafficking Methamphetamine and Possession of a Firearm During a Violent Crime. Word is he was caught with a substantial amount of meth.

Granger was charged in 2012 in Berkeley County with Obtaining Money by False Pretenses. He plead guilty and was sentenced by Judge R. Markley Dennis to 4 years, suspended in favor of 2 years probation and restitution to Charleston Steel and Metal. You can probably guess what that charge stemmed from.

This past January, also in Berkeley County, Granger was charged with Possession of Narcotics, Possession of Altered Ephidrine (precursor chemical for manufacturing meth) and 1st Offense Manufacturing Methamphetamine. Judge Prioleau set a total bond of $95,000 and Granger was released the next day.

Meth dealers are the worst of the worst, spreading that chemical poison through our communities. It will be interesting to see the final results of this case.