By now we have all seen the ugly video of a police officer shooting a fleeing suspect in the back. That video will be used in training classes for years to show officers what not to do. That officer is now charged with murder indicating the system worked as intended. That still hasn’t stopped the perpetually aggrieved from issuing very public threats directed at law enforcement. 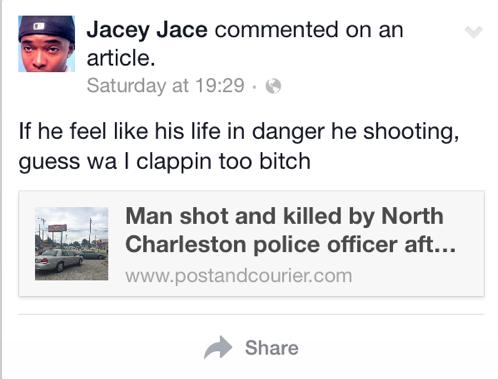 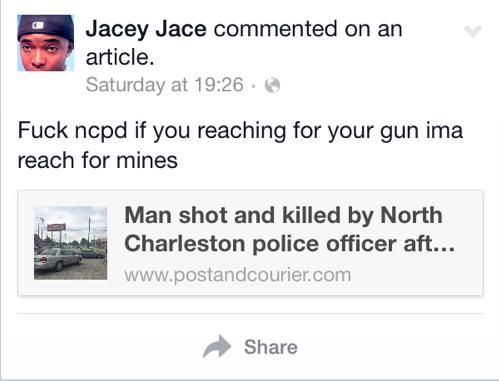 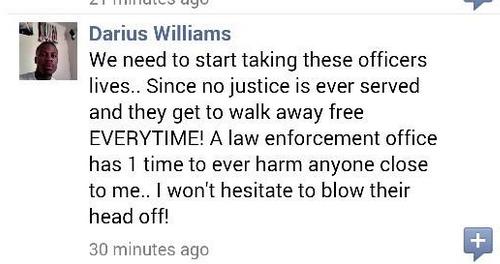 Darius apparently didn’t read the article about the arrest of Officer Slager he was posting on over at the P&C.

Decades of case law, which is taught in the academy and in-service training, tells police officers shooting a fleeing suspect is not acceptable. Tennesee v. Garner was the definitive case on the matter. There are legal exceptions, of course.

Graham v. Connor provides a possible defense for use by this officer. The case set a “reasonableness” standard. According to that case, the officers actions are “objectively reasonable in light of the facts and circumstances confronting them, without regard to their underlying intent or motivation.” In other words, if a “reasonable” officer could assume the suspect was a danger to the community the standard basically exonerates him. That standard is not judged under the due process clause, but under the 4th Amendment of the Constitution. The Supreme Court has made it clear in other decisions that the judge has to put himself in the officer’s shoes and view things from his perspective. If the judge finds the officer’s perspective to be skewed based on the evidence, the defense won’t be successful.

When arguing that case we are sure the officer’s attorney will point out the foot chase and the struggle we can see over the Taser when the video first takes focus on the pair. We don’t know what happened prior to the beginning of the video and the last 30 or 40 yards it covered, but James Johnson told WCSC tonight the pursuit covered “3 football fields” (300 yards). That does leave a lot of room for contact between the two we might not be aware of.

Most of us agree on principle that once Scott turned his back and resumed his slow flight no shots should have been fired. Even the concealed weapons classes in this state tell you that. Most of the comments we have seen from police officers indicate they absolutely stunned by what they see in this video.

The video is damning, but if the officer and his legal team can successfully articulate why the officer thought Scott to be a danger to the community, the case may not go the way most believe it should.

Even with our limited legal knowledge we feel safe in telling you right now this officer will not go trial on the charge of murder. Let’s look at 16-3-10:

There is no way a charge of murder is applicable in this situation. The “malice aforethought” is not there. SLED only charged the officer with murder in order to placate the public, who they knew would be largely outraged after seeing the video.

We suspect he will either plead to or be found guilty of one of the following:

Of course, that outcome will definitely enrage the cop haters who indict every cop in the country when one does do something wrong, but a prosecutor and a judge are supposed to apply the law realistically and rationally and not give in to that pressure. Everyone should note, however, that in addition to the problematic video the officer has another big impediment to overcome. 2016 is an election year for 9th Circuit Solicitor Scarlett Wilson. If you don’t think she will play politics with this case, you haven’t been paying attention.

Now, let’s answer some questions and correct some errant perceptions and downright ignorance. No, we don’t like the fact that Scott was shot and killed while running away, but the situation needs to be discussed calmly, without the hysterics and threats to kill police officers we are seeing from some. You should also note that there is absolutely no evidence of racism in this case. Poor decision making in the heat of the moment, yes. Racism, no. The more people harp on the fraudulent racism angle, the more they detract from the real issue.

The first series of stills taken from the first moments the video pans over to the two parties shows the end of a struggle over the officer’s Taser. Scott has control of the Taser in image 2. He drops it by his right foot in image 3 as he turns to flee and the officer moves to draw his firearm. Had Scott maintained control of the Taser and continued to struggle with the officer, we feel the shooting would have been justified. This, however, did not happen. 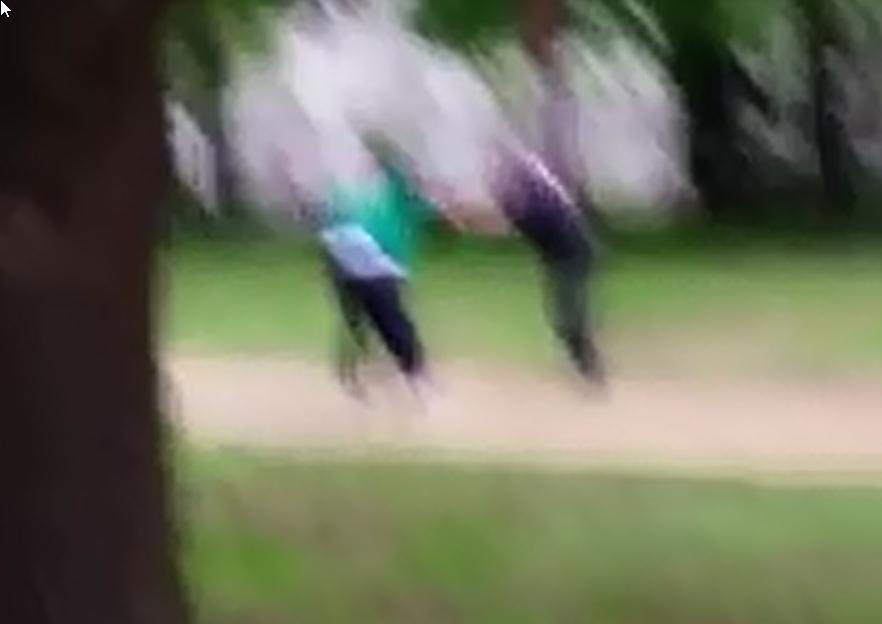 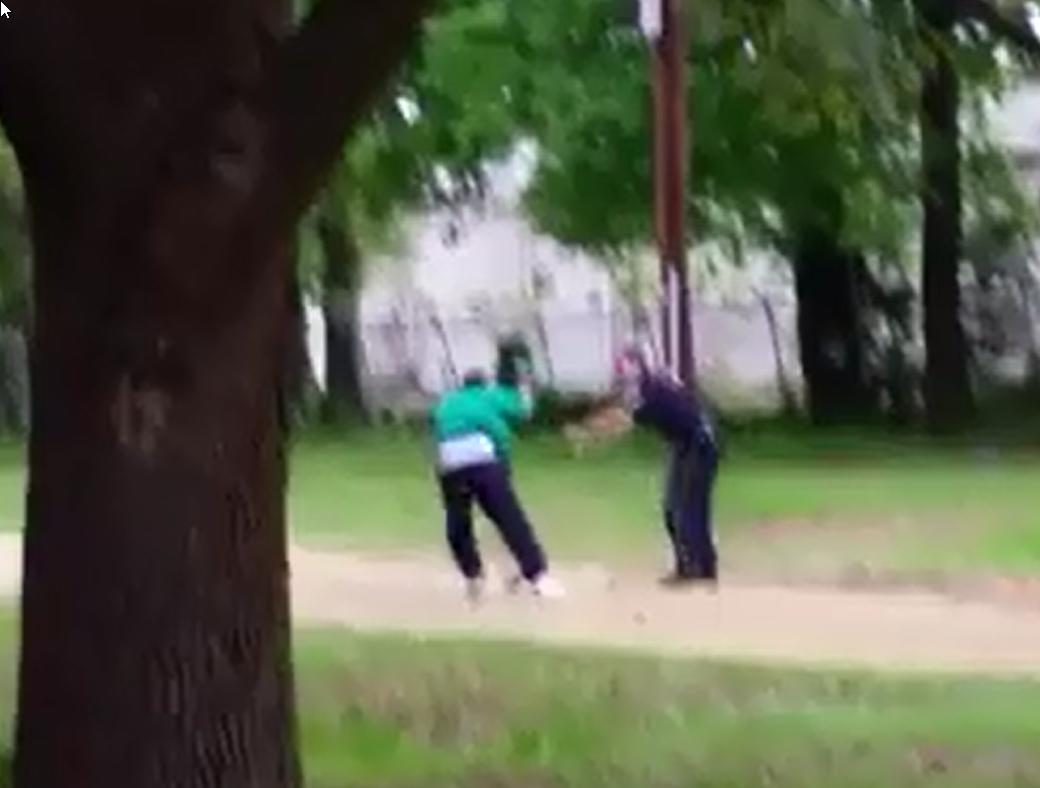 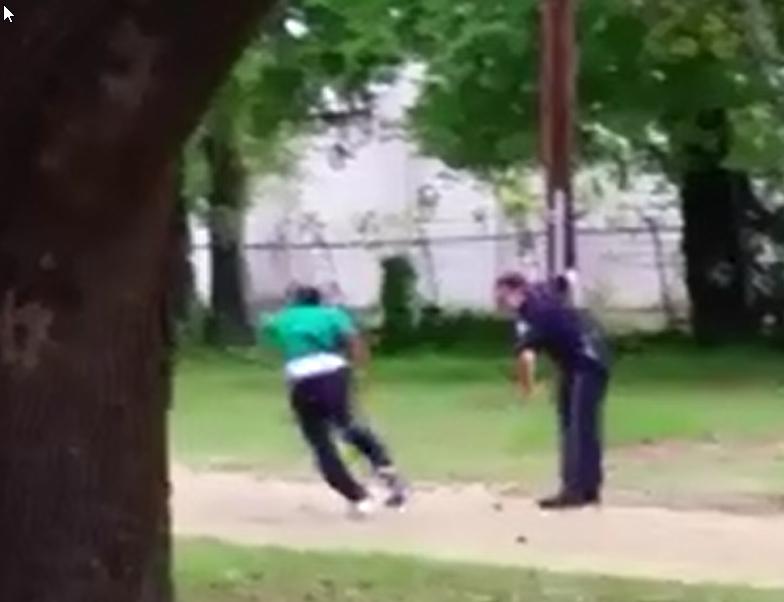 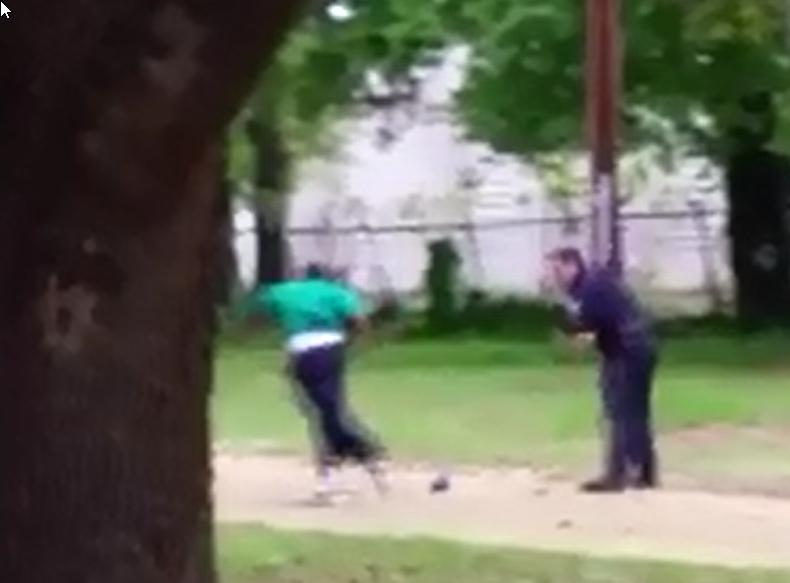 The thing to consider at this point, and we won’t know until the case goes to trial, is what did the officer perceive. Did he have tunnel vision and believe Scott was fleeing with the weapon in hand? We know the Taser had been deployed and not reloaded because we can see the wires very briefly as they are caught up between Scott and the officer.

The next series of images show the locations of both parties as eight shots are fired. 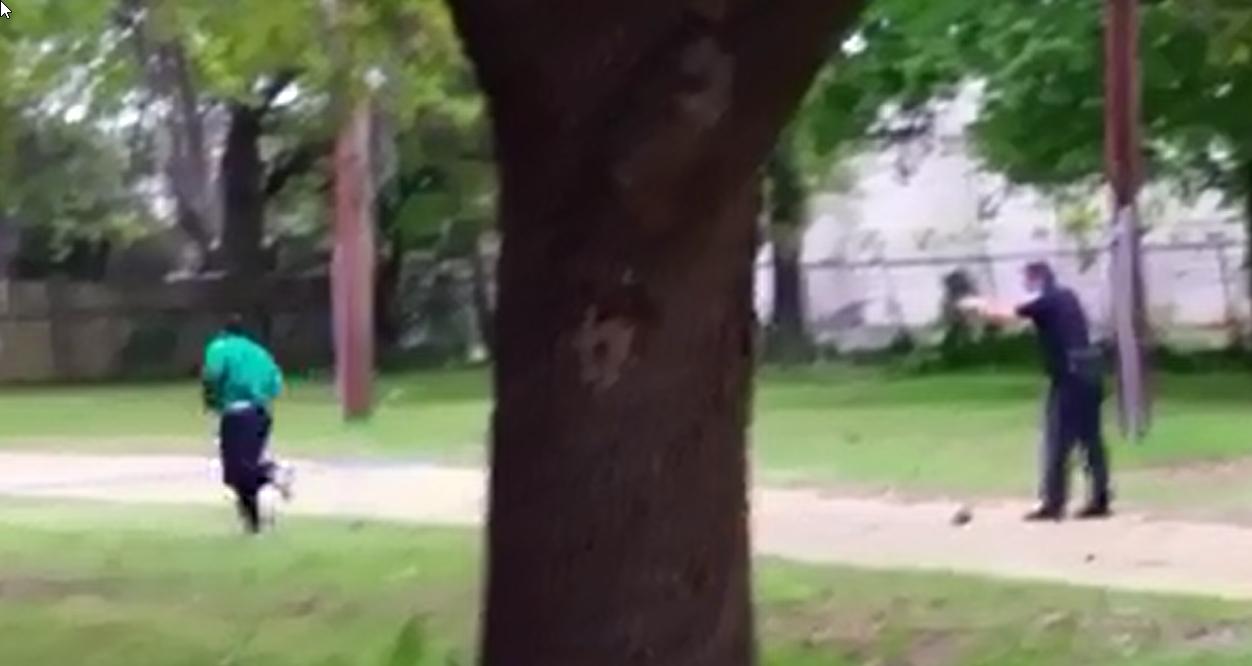 We do have to commend Mayor Keith Summey and Chief Eddie Driggers for their handling of this situation. Within an hour of first seeing the video they called a press conference and told the public everything they needed to know. Chief Driggers fought back tears at times and that shows how much he loves his profession and cares about the people who work for him. His disappointment was on display for all to see. It takes a man of character to be as honest as he was in expressing his feelings.

For all of you railing against the system who are too stupid or racist to see it for yourself - the system worked and this officer will eventually pay the price for his poor decision to fire at a fleeing suspect.