Last weekend provided us with yet another example of selective reporting from the media and police. After a birthday party at the YWCA ended Saturday night a group of about sixty black “youth” decided to rampage through downtown Charleston damaging cars, assaulting and robbing people. When the story initially broke the local news was reporting that police had told them there were no assaults.

The arrest of 17 year old Jordan Hall on two counts of 2nd Degree Assault & Battery by Mob belies that claim. Hall was given bonds of $100,000 on each charge. 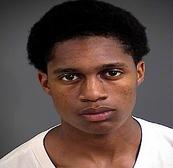 Only one media outlet is currently reporting the fact all but one of the victims of these crimes were white. None of the local media is reporting the claims of victims and witnesses that the group of black “teens” were yelling things like, “Fuck white people,” as they perpetrated their crimes. Those same epithets were yelled at firefighters responding to treat some of the victims of this mob. Reporting that sort of information would not be politically correct. It isn’t like any of those black “children” would be charged with a “hate crime” anyway. Everyone knows those charges are reserved solely for white people.

It is a good thing none of those white folks defended themselves and hurt one of those poor, deprived black “children”. The cries of racism would be trumpeted in the media for weeks.

Judge Lombard mentioned Hall’s extensive criminal history at his bond hearing. Given the fact he is just 17 that history has to be on a juvenile rap sheet which won’t come into play. We have been told Hall is on probation, but that does not show up on the probation and parole database. Comment sections are also abuzz with the fact that Hall is 17 years old and still in the 9th grade. That is not all that unusual, folks.