Dorchester County authorities are searching for Byron Kinsey for the recent murder of Robert Mark Crumm at the Cedar Key Apartments on Pigeon Bay Road on March 10th. 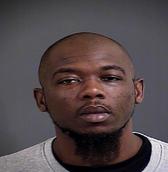 We didnâ€™t find much on Robert Crumm other than some traffic citations and a recent conviction for giving false information to a law enforcement officer in Summerville. Kinsey is a different story.

Armed Robbery - Reduced to Strong Arm Robbery by the 1st Circuit Solicitor. Same sentence as above, concurrent, of course.

Failure to Stop for Blue Light - Dismissed by the 1st Circuit Solicitor.

Murder - Found not guilty by a Dorchester County jury.

Possession of a Weapon During a Violent Crime - Not guilty.

Possession of a Stolen Firearm - Not guilty.

Kinsey was charged with the November 2008 murder of Kyle Bammann. Kinsey was arrested when he reported to his probation officer with a gunshot wound. We can only guess, but it would appear the jury bought into a self-defense argument and set Kinsey free to kill again.

The interesting thing about this charge are the bond conditions set by Judge James “Rainbows and Unicorns” Gosnell when he lowered Kinseyâ€™s bond. Those conditions barred Kinsey from entering the City of Charleston except to go to court. We like it, but we canâ€™t help but wonder how constitutional that is.

Possession of Narcotics - Pending - Free on a $10,000 bond. Note - Kinsey picked up this charge 20 days after making bond on the above charge.

Indecent Exposure - Dismissed at the preliminary hearing due to lack of prosecution.

So, what does it take for prosecutors and judges to get serious about these serial offenders?

We will show you in our next story.