Why Should They Fear

Why should they fear the justice system when justice is just a joke?

This past week we have seen a 15 year old shot in Ladson who refuses to cooperate with the police trying to find the shooter. We have also seen a 15 year old at Stratford High School armed with a semi-automatic Ruger pistol because he wanted to handle his business after someone talked trash about him on Facebook. Then we have a bunch of juveniles arrested for burglaries in Sangaree and for slashing tires in West Ashley. Keep in mind that while all of this is going on your elected officials in this state are trumpeting their pride in the fact they have managed to release a ton of juvenile offenders back to the streets, thereby lowering the population in juvenile justice facilities and “saving  the taxpayers money”.

Seriously, what do these kids have to fear? Prosecution around here is a well known joke among the criminal element. Sure, the cops will lock them up time and time again, but bond judges will let them out to continue offending, prosecutors will reduce or dismiss charges in ridiculous plea deals and sentencing judges will hand out multiple terms of probation, all set to run concurrent, of course.

And let’s not forget about the occasional juries of idiot citizens. Just this week a jury in Charleston County found Javon Brown not guilty of killing drug dealer Jarvon Dowling at Bridgeview Apartments in a 2012 robbery. Brown was the one who pulled the trigger on Dowling. Of course, both of Brown’s co-defendant’s changed their stories and lied on the stand when it came time for them to testify. One changed her story from what she had said at the 2014 trial of another co-defendant. No word yet on whether the 9th Circuit Solicitor will seek additional charges for perjury, but we tend to doubt it.

You see, Dowling had been “with” a female by the name of Jane Freeman while Freeman’s other boyfriend was in jail on drug distribution charges. Freeman knew Dowling was a drug dealer and always had a lot of money. When her boyfriend’s brother, Samuel Smiley, found out she was fooling around he got upset and decided to rob Dowling. On the night of the robbery Freeman told Smiley and Brown that Dowling had made several drug sales and had a pocket full of cash. Smiley and Brown instructed Freeman to drive Dowling to Bridgeview Apartments. Brown and Smiley confronted Dowling and Brown made him strip during the robbery. Brown then shot Dowling to death.

At the time of the murder, Smiley was on probation for weapons charges. He was only charged with Accessory Before the Fact to an Armed Robbery in the death of Dowling. He plead guilty in November 2014 and was sentenced by Judge Roger Young to 30 years. He was never charged with the actual murder of Dowling. Apparently the concept of “the hand of one is the hand of all” escapes the 9th Circuit Solicitor. Freeman was never charged with the murder for her participation which involved setting Dowling up and driving him to his death. She has pending charge of being an accessory. 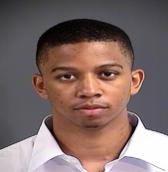 Murder - Found not guilty by another Charleston County Jury.

Note: Smiley and an *unknown accomplice* had robbed another person and made him strip prior to shooting him to death. See a pattern here?

Unlawful Possession of a Stolen Pistol - Plead guilty. Sentenced by Judge Thomas “Felon’s Friend” Hughston to a YOA term not to exceed 1 to 5 years, suspended in favor of 2 years probation.

Possession of Crack - Dismissed by the 9th Circuit Solicitor because the lab tech moved to Germany.

Possession of Crack - Dismissed by the 9th Circuit Solicitor, no reason given.

Unlawful Possession of a Handgun - Dismissed by the 9th Circuit Solicitor for “weak facts”. Sure.

Smiley had already been charged as accessory in the murder of Dowling when the solicitor dismissed all of these charges in 2012.

Possession of Crack Cocaine - Dismissed by the 9th Circuit Solicitor in April of 2014. No reason given.

Let’s dig into Javon Brown’s history to see just what type of maggot that Charleston County jury released to roam the streets of Charleston again. 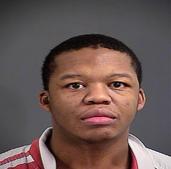 Armed Robbery - Reduced to Strong Arm Robbery by the 9th Circuit Solicitor. Sentenced by Judge Thomas “Felon’s Friend” Hughston to a YOA term not to exceed 1 to 6 years, suspended in favor of 5 years probation. Yes, Brown was on probation when he murdered Dowling.

Possession of a Firearm During a Violent Crime - Dismissed by the 9th Circuit Solicitor.

PWID Ecstasy Near a School - Dismissed by the 9th Circuit Solicitor.

Leaving the Scene of an Accident With Property Damage - Dismissed by the 9th Circuit Solicitor.

Possession of Crack - Dismissed by the 9th Circuit Solicitor.

Attempted Armed Robbery - Dismissed by the 9th Circuit Solicitor because the victim was apparently uncooperative.

Care to take a guess what type of activities Brown will be involved once he makes his $3,000 bond on pending assault and vandalism charges?

Jane Freeman is still facing accessory charges for her part in the robbery and murder of Jarvon Dowling. We will see what the 9th Circuit Solicitor does with that one.

An analysis of the charges for Smiley and Brown bring out gun charge survey totals to: