It looks like the nine to five crew has put someone in jail for the death of Daniel Montalvo who was found in a ditch on Heather Drive in Sangaree last week. Initial reports indicated the belief that Montalvo had been severely beaten. He later died of his injuries.

Montalvo’s family was subsequently tossed out of BCSO headquarters when they went there to check on the status of the investigation and were told investigators only worked until five o’clock before they were unceremoniously ushered out of the facility.

You have to admire the determination of the folks over at BCSO to continue their policy of creating public relations disasters.

Investigators have now determined Montalvo was “car surfing” while on the way home from a bar. His friend Kristopher Gerhard is alleged to have been driving the vehicle. According to investigators, Montalvo fell from atop the vehicle and Gerhard kept on going. He didn’t even stop to check on his pal.

If this is all true, you have to wonder about the strength of that friendship. “Hey, why should I go down for a possible DUI just because he fell off the car and might be hurt. Not happening, pal.” Heck, the least Gerhard could have done was call someone to check on his buddy rather than leaving him for dead in a ditch. 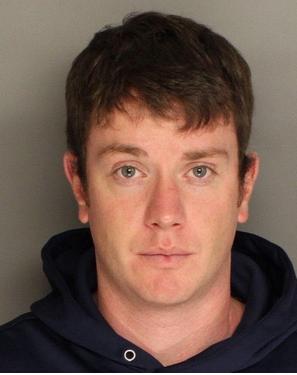 Gerhard was charged with Involuntary Manslaughter. He was released on a $20,000 bond set by Judge Prioleau. Gerhard has no general sessions criminal history we could find.

Chief Deputy Rick Ollic told the P&C Gerhard has refused to cooperate with them thus far. Well, heck, he knows the Sheriff drives around drunk and you can guys will go away after 5 p.m. and stop bothering him.