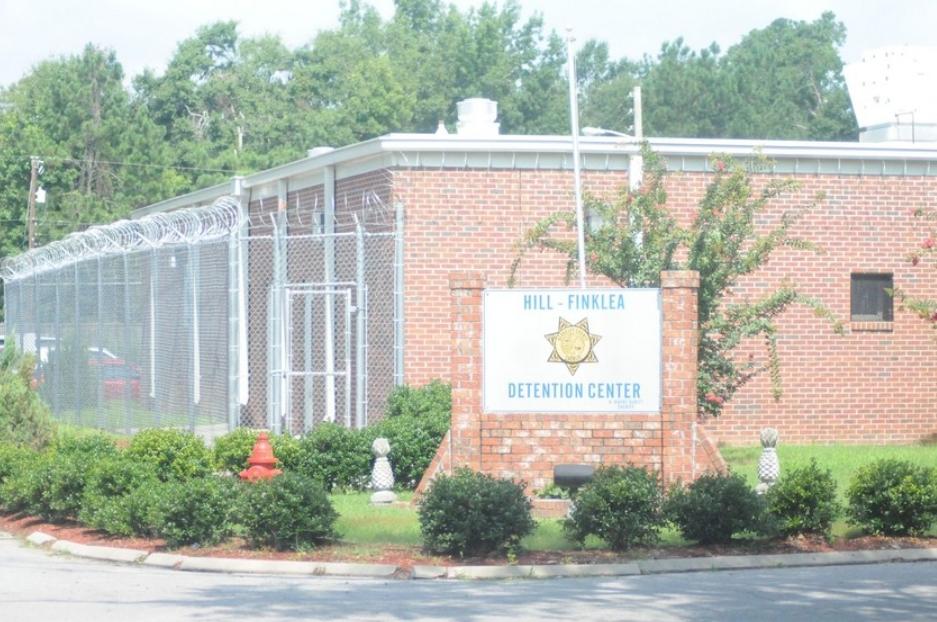 Who pays when your elected officials make decisions that result in lawsuits? Maybe the more accurate question is, who benefits?

Who pays when an inmate by the last name of Epps is mistakenly released from the Hill-Finklea Detention Center right before Christmas when he was supposed to be serving a one year sentence for failure to pay child support? We can all hope he doesn’t commit a crime or harm anyone while he’s roaming free. That could certainly lead to yet another of those infamous lawsuits against Berkeley County.

Of course, another recent example of an elected official costing taxpayers money involves the DUI collision between Berkeley County Sheriff Wayne DeWitt and the innocent citizen he rear ended and injured while driving his county vehicle while intoxicated. We can’t help but wonder how much that will cost the county.

Actually, it won’t cost the county taxpayer nearly as much as it should. The State Insurance Reserve Fund will foot that bill and that fund is subsidized by taxpayers all over the state of South Carolina. Berkeley County seems to be pretty free with money when they can spread the cost around to taxpayers across the state, huh?

What about the fact that DeWitt’s current term expires at midnight on December 31st. It is our understanding he can’t take his new oath of office on January 1st while he has pending criminal charges. Who will pay for the attorneys to sort out that legal mess?

The folks in Berkeley County seem to have a lackadaisical attitude when it comes to lawsuits. Earlier today we came across some interesting information regarding a rather significant case. Those Berkeley County folks didn’t exactly tell you the truth about the cost of the case.

Longtime residents will remember the litigation known as Prison Legal News and HRDC v. Berkeley County. That lawsuit stemmed from an unconstitutional policy instituted by Sheriff Wayne DeWitt regarding reading material for inmates at the Hill-Finklea Detention Center. The Sheriff had decreed inmates would be banned from receiving or reading any material other than the King James Bible. No magazines, no newspapers, nothing but the book revered by Christians everywhere. Beginning in 2008 the Sheriff handed down an order that all other publications sent to inmates via the U.S. mail were to be marked “return to sender” or simply thrown away.

What was the rationale given for such a policy that even a high school civics class could tell you was unconstitutional? Attorneys for DeWitt and Berkeley County argued that inmates were using staples from magazines to damage the jail. Staples?!? Really? Were they using staples to dig all those holes in the walls earlier this year?

No they weren’t. They were using shelves and lighting broken off the walls of the cells to dig those holes. If followed his flawed reasoning from 2008 he should have banned inmates from the jail.

The lawsuit was filed in April of 2011. Berkeley County fought the lawsuit until 2012 when they finally folded. The county entered into a consent decree with the civil rights division of the U.S. Department of Justice and agreed to a financial settlement of $599,900. Those funds were paid out by the State Insurance Reserve Fund in the first week of December, 2012.

$100,000 of that settlement was paid to the Human Rights Defense Center. The remaining $499,900 was paid to the National Prison Project of the American Civil Liberties Union.

Senn also claimed the Hill-Finklea Detention Center was “targeted” by Prison Legal News and the ACLU. Well, Sandy, that’s what happens when a Sheriff enacts an obviously indefensible and unconstitutional policy. We suspect Senn knew this was a loser of a case right from the start.

There is a little secret Berkeley County chose not to tell you folks, though. The final tally for this litigation was considerably higher than the $599,900 they so proudly proclaimed would not be paid by Berkeley County taxpayers, but by taxpayers across the state.

So, how much was Sandy Senn paid for her vigorous defense of this guaranteed loser of a lawsuit?  From April 2011 through June of 2014 she was paid a grand total of $341,148.87. One-third of a million dollars. The suit was settled and that settlement was paid in full two years ago, but Senn continued to bill the State Insurance Reserve Fund for two more years. Her last check was issued in June of 2014.

In addition to the exorbitant amount paid to Sandy Senn, a total of $40,966.86 was paid to various other attorneys and jail experts working on behalf of the county and Sheriff DeWitt.

In total, with the ultimate settlement and fees for lawyers and jail experts, this ill advised vigorous defense of an unconstitutional policy instituted by Sheriff Wayne DeWitt cost taxpayers $982,105.73.

So, who came out ahead in this deal? Look at the evidence and decide for yourself. In the legal community, this is known as “churning” a case. Guess what comes out of the churn when it’s all said and done. Yep, over $390,000 in legal fees.

Everything is okay, though. The taxpayers of Berkeley County did not have to pay that $982,105.73. It was all paid for by the State Insurance Reserve Fund. In other words, every other citizen in the state funded this fiasco some might be inclined to call a get rich quick scheme.

By the way, we do have the necessary documentation to back this up. Here are a couple of screen captures to prove it. 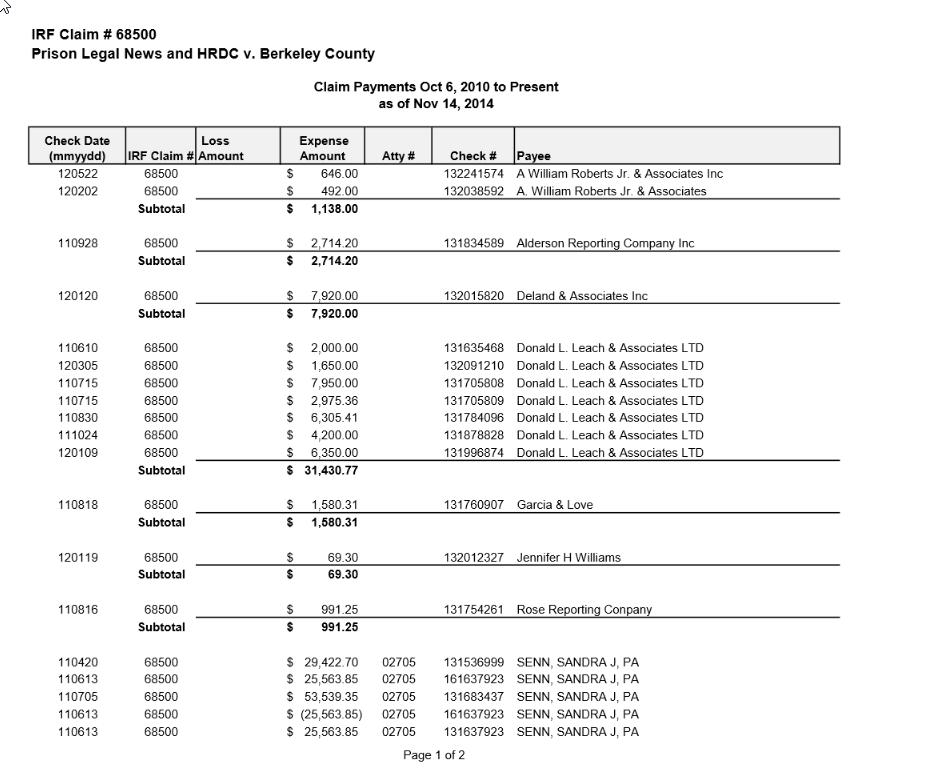 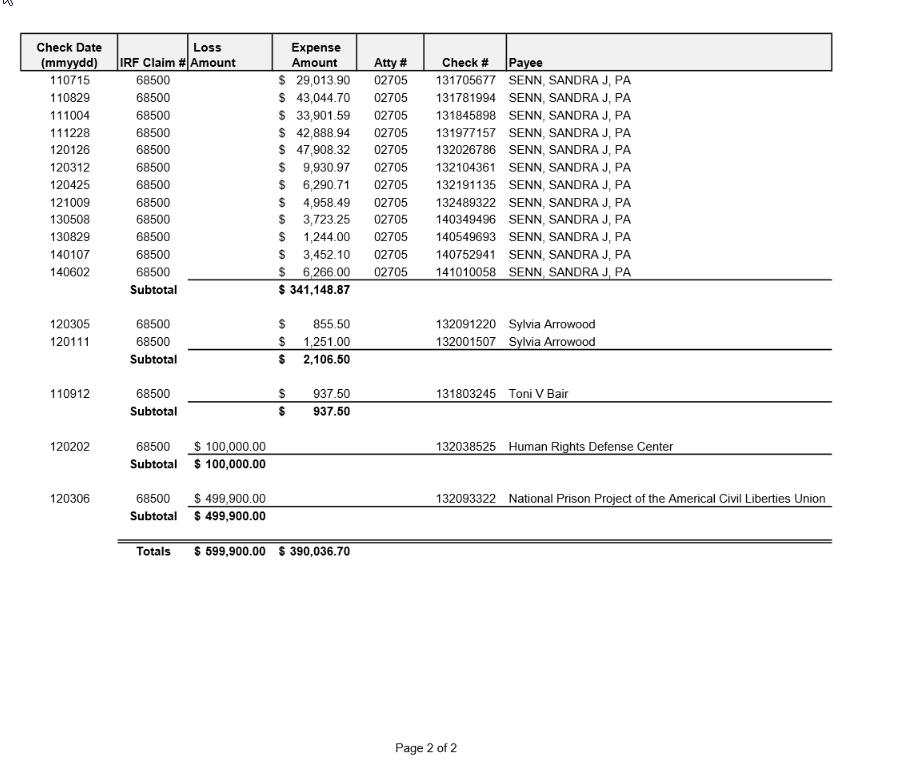