Here are some quick updates on some things that occurred while we were down and out of the loop.

Human trafficker and pimp Damon Jackson had a bond reduction hearing on 12 December before Judge Thomas “Felon’s Friend” Hughston. We wrote about Jackson after he was initially charged and when Judge Gosnell developed his own pimp hand and set a $10,000,000 bond for this POS.

At the bond reduction hearing the fact was brought up that Jackson is a flight risk if released. In light of that information the Felon’s Friend decided to lower Jackon’s total bond to $1,000,000. What else would you expect from the same judge who revoked the bond of Christopher Fultz on 12 December and wondered how a Berkeley County judge released him on a low bond, then turned around and set a reduced bond three days later.

News out of the 1st Circuit in Dorchester County is that charges have been dismissed in the case of alleged Blood gang member, murderer and convicted felon Shawn Maurice Kitts. In our post “Welcome to Lincolnville Part II” we mentioned that Kitt had been charged with killing another Blood by the name of Larry Jackson, aka “Lurk Zoe“, in 2013. Kitt has previously been convicted of assault & battery (pled down from attempted murder), armed robbery, burglary and firearms possession charges. Now the 1st Circuit Solicitor has opted to dismiss the charges against Kitt. 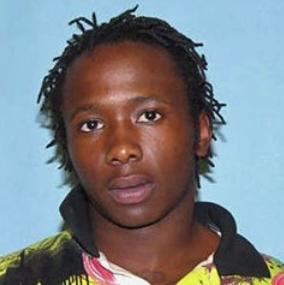 On 12 December convicted felon and serial violent offender Tyrone William Robinson III was charged with Assault & Battery of a High & Aggravated Nature, Kidnapping and Possession of a Weapon During a Violent Crime. The jail record shows a total of $300,000 bond. Unfortunately, the jail record is incorrect and misleading.

The actual bonds set by Judge Linda Lombard were a $100,000 personal recognizance bond on each charge. Amazing! Robinson had kidnapped a woman and held her at a West Ashley hotel for at least 24 hours. He continued to hold the woman and violently assault her even as a deputy tried to intervene. What makes those P.R. bonds even more amazing is Robinson’s prior criminal history.

Grand Larceny - Pled guilty. 5 years, concurrent with the above sentence.

Unlawful Possession of a Firearm - Dismissed by the 9th Circuit Solicitor.

Two (2) counts of Throwing Bodily Fluids - Changed to Assault on a Police Officer. Pled guilty. Sentenced by Judge Victor Rawl to 5 years on each charge. Concurrent, of course.

Assault on a Corrections Officer - Dismissed by the 9th Circuit Solicitor.

1st Degree Burglary - Sent down to magistrates court by the 9th Circuit Solicitor, probably as a trespassing charge.

Armed Robbery - Reduced to Strong Arm Robbery by the 9th Circuit Solicitor. Sentenced to 12 years, concurrent with the above sentence.

Entering a Bank With Intent to Steal - Dismissed by the 9th Circuit Solicitor.

That was just another example of the 9th Circuit Solicitor dismissing one serious felony and pleading a couple of others down to lesser offenses. Par for the course. After being sentenced in 2008 to 12 years in prison here we are six years later and Robinson is kidnapping and beating women in Charleston. Even though he was released from prison way before the end of his sentence there is no indication at the SCDPPPS site that Robinson is being monitored by probation and parole. Truth in sentencing? Not so much.

Just three more examples of the problems with your (in)justice system.