Idiots abound in the Lowcountry. Yesterday we featured an idiot who is a regular in these pages, Dot Scott of the NAACP. If you read that article you know Scott called for the government to solve the problem of violence in the black community, then turned around and condemned the government for trying to do just that. Now that details of the suicide of Denzell “Jaba” Curnell have been made public, the idiots have come out in full force. You know them. You see them commenting here all the time. The same idiots who can see a coward like Tyrone Benn kill a fellow thug whose back was turned and demand “Free Tyrone” are the same ones commenting on the social media pages of local media claiming the 9th Circuit Solicitor didn’t do her job and a police cover-up is in progress.

Funny, but we don’t remember those folks complaining about Scarlett Wilson’s job performance when she was busy letting them and their thug homies walk out of court with no punishment for the crimes they committed. 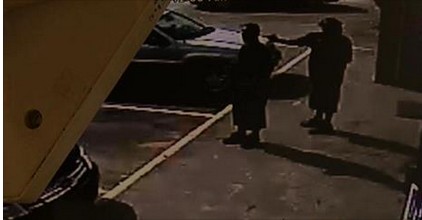 Tryone Benn murdering Samuel Cordes while his back was turned. Dat’s gangsta, G!

These same folks, who first claimed a white officer shot Curnell multiple times in the back and cried racism, are still crying racism. Why? Because apparently when a black person pins on the badge they become white devils. Who knew a badge trumped melanin or genes?

Next up is “high powered” attorney Andy Savage who had this to say about the incident and why the officer approached Curnell in the first place.

“It’s clear Curnell was not engaged in any nefarious activity at the time. There was no reason from my perspective for the officer to have ever confronted Curnell.”

Really, Andy? How many officers have you represented (as the preferred attorney for most officers involved in actual deadly force situations) who have approached people for less of a reason than wearing a sweatshirt in sweltering weather and skulking around in an area known for violence and drugs? What makes this one different, Andy?

We shouldn’t have to tell you this since you are a “high powered” attorney and all, but the nefarious activity Curnell was engaged in is described in Section 16-23-20 of the SC Code of Laws as “Unlawful Carrying of a Firearm”. You might want to look that one up. We know you don’t normally hang out in the ghetto or in those housing projects, but the unlawful carrying of firearms is a huge problem there. Read the news much, Andy?

We all know why Andy Savage gave that soundbite to the local media. He did it because he knew it would be published and not a single one of those who claim to be “journalists” would call him on it and point out the violation of law Curnell was engaged in like we just did. We didn’t really expect Andrew Knapp of the Propaganda & Criminals to take the advice we gave him yesterday on how to be a respectable “journalist”.

Savage doesn’t normally sue police departments, but he is getting up there in years (he’s 66) and might be looking for one last big score to fund his retirement. Calculated statements like that by attorneys are meant for one thing only - to contaminate the pool of potential jurors.

At the time of this incident the officer was working an off-duty assignment. That means the officer was an employee of Bridgeview Village Apartments (formerly Bayside Manor) and as such was obligated by their policies to weed out those who don’t belong in that neighborhood. That is what he was doing when he noticed Curnell behaving suspiciously. Here’s something to think about - it could be possible Curnell was carrying that firearm to take out someone he perceived as a problem. Maybe Officer Medlin saved someone else’s life by trying to have a chat with Curnell. When Curnell realized the gig was up, he ventilated himself. That sounds reasonable.

Ever heard of officer safety, Andy? We are pretty sure you have come across that term in your representation of police officers. When Curnell refused to show his hand to the officer he escalated things. You know that. You have defended officers on that issue. When he fought with the officer it was all over but the booking.

Let’s hear from an illiterate idiot from Atlanta:

God does know the truth. For all of you idiots constantly invoking God to support your ridiculous arguments - isn’t suicide supposed to be an unforgivable sin? If God knows the truth that tells us where Curnell might be located at the moment.

Here is a clue for all you idiots questioning why a leftie would shoot himself in the right side of the head - note which hand the gun was in and which hand he refused to show to the officer.

Chief Mullen pointed out that Officer Medlin was doing his job - the job Dot Scott demanded be done - and checking out suspicious folks in one of Charleston’s high crime, high violence, drug infested housing projects. Changing the name of the place doesn’t change the fact of what happens there.

As we expected, the forensics tests have shown everyone what the truth is. It is interesting, though, how all of those folks turned into crime scene investigation experts by those ridiculous CSI shows immediately disregard that evidence and cry “cover up”. Yeah, it sucks when the evidence shows you for a fool, huh?

You know, with all this media attention being given to this case the NAACP has managed to skirt the issue of violence in the black community yet again. It seems there was a home invasion this past weekend in which Latorria Heyward, a black female, mother and soon to be bride was killed when she was shot multiple times. A male in the home was also wounded by gunfire. Has the NAACP spoken out about that? Nope. Have they spoken out about the murder of black convict Samuel Coardes by black drug dealer Tyrone Penn? Nope.

Edit: We just read a story where Judge James “Rainbows and Unicorns” Gosnell blamed the violence in the black community on “big man syndrome”. Really, Judge? You don’t think it has anything to do with you releasing all of those violent offenders you keep lowing bonds for? Just another example of someone who refuses to acknowledge their part in this drama. How long before the Judge starts blaming others, like Scarlett Wilson does?

For those who still don’t see the problem, watch the video below where the family members of a thug who murdered a rookie police officer express their wishes he had killed more police officers. This is the type of thing encouraged by Dot Scott and her organization.

Oh, maybe Andrew Knapp and the rest of the “journalists” in the Lowcountry can learn a little bit from Sean Bergin, who is reporting the story. Nah, that would be expecting too much.

Make sure you listen to the very end. The final comments of this journalist are very important. And very true.