Joshua Manigault, now known as “J Rizzle Manigault” on Thugbook, was charged with some major felonies in Dorchester and Colleton counties in 2012. We featured him and his band of thugs after they tried to rob a drug dealer in Dorchester County. They ended up hitting the wrong house and terrorizing a pregnant woman and her kids. He was also charged with an attempted murder in Colleton County. Manigault and his cronies referred to themselves as the “chirp gang”. They have also taken the name “strongarm” to identify themselves. Of course, that’s supposed to some kind of record label, but we all know it refers to the robberies they commit.

Manigault left us a message earlier today on that post.

We decided to check up on Manigault’s charges. It seems he went to trial on the Dorchester County charges in January. According to his comment above his co-defendants testified against him. Unfortunately, twelve stupid people found him not guilty on charges of 1st Degree Burglary, Armed Robbery, and four counts of kidnapping.

Curiously enough, we found Manigault had pled guilty to two 1st Degree Assault & Battery charges from the same offense date. Judge Kristi Harrington handed down the way harsh sentence of eight years, suspended to 22 months time served and three years of probation on each charge. Concurrent, of course. We all know our judges don’t seem to know the word “consecutive” or it’s concept even exists in the English language.

Here is what Manigault had to say upon his release from jail.

Earlier in 2012 Manigault was arrested for 2nd Offense Criminal Domestic Violence. He seems to have a thing for beating women, like a lot of other weak men too pussified to take on someone capable of putting an end to their bullshit. The 1st Circuit Solicitor dismissed that charge.

Checking into his Colleton County charges we caught the 14th Circuit Solicitor lying yet again. Manigault was charged with Possession of a Weapon During a Violent Crime, Armed Robbery and Accessory Before the Fact of a Felony.

The attempted murder charge referred to in this story has disappeared completely from the Colleton County database.

As you can see from the entries below, the 14th Circuit Solicitor gives the Clerk of Court a disposition of “Dismissed Not Indicted”. If you look at the bottom of the center column on each charge, you will clearly see three separate indictment numbers entered. We have caught the 14th Circuit Solicitor lying about this multiple times in the past, yet he continues to do so.

Here are a couple of reminders of what that Dorchester County jury, Judge Kristi Harrington and 14th Circuit Solicitor Duffie Stone have released to roam the streets. 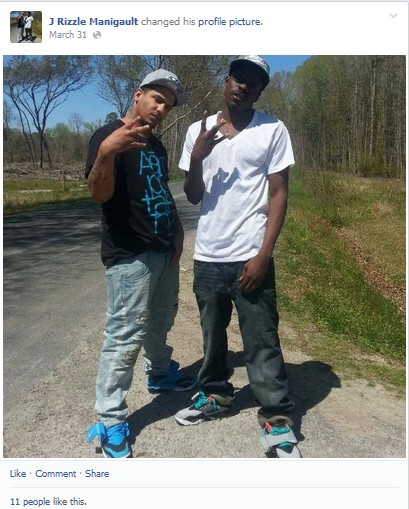 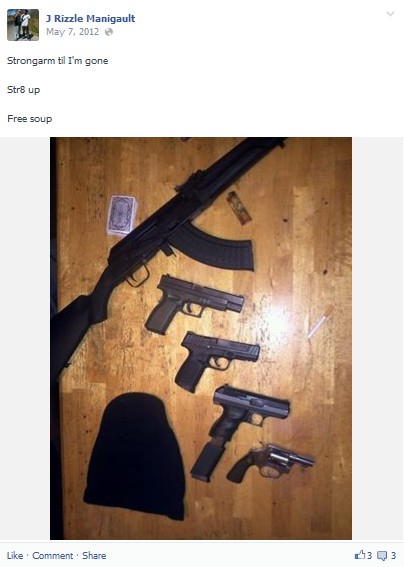 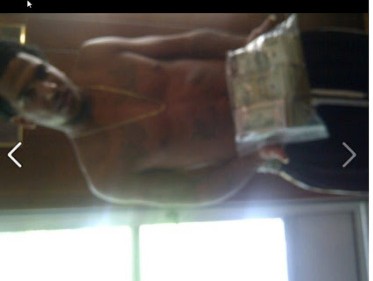 On the bright side, Manigault’s co-defendants Tevin Hart and Martin Young we each sentenced to 40 years on the 1st degree burglary, 30 years each on each of the four kidnapping charges and the armed robbery charge. Unfortunately, the sentences were set to run concurrent so they will be released sometime in 2048 and 2050 respectively. Hart is currently at Lee Correctional and Martin is at Kirkland Correctional.

Both Hart and Young have filed motions for reconsideration of their sentences.